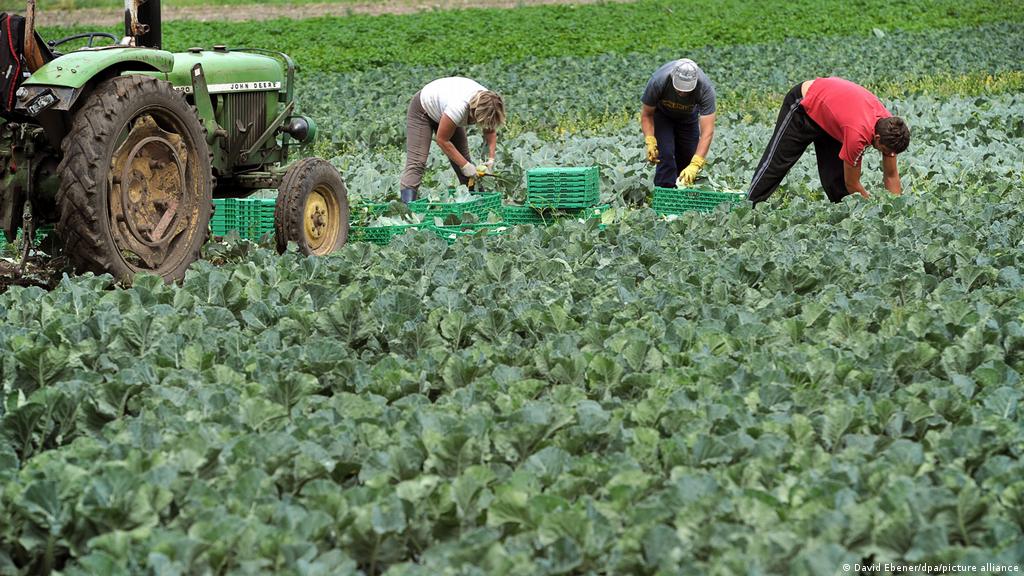 Romania, a former socialist country and a member state of the European Union today, has experienced a steady growth in the number and size of large farms over the past years. Commercial farms of over 100 hectares represent 0.4% of Romania’s farms and altogether control almost 6 million hectares or 47.8% of the country’s total farmland. Meanwhile, micro- and subsistence farms of up to 10 hectares account for 97% of farms and operate only 26% of farmland. Top 10 Romanian agroholdings ranging from 15,000 hectares to 57,000 hectares in size control about 2.6% of the country’s farmland while 8 companies of this list have foreign owners. The sources of agroholdings’ capital include private investors, family and institutional (pension) funds from Great Britain, Lebanon, the Netherlands as well as local powerful, oligarch-type individuals.

How did political and institutional development contribute to the establishment of such farm structure? In an attempt to answer this question, Largescaleagriculture.com analyzed the evolution of the institutional environment in Romania in the period since the overthrow of the Ceaușescu’s dictatorship until today.

1991-2001. During this period, Romania started the process of privatization and restitution of farmland. Farmland restitution was implemented in the following way: former (pre-socialist) landowners were allowed to obtain up to 10 hectares of farmland while former workers of collective farms could receive up to 0.5 hectares into ownership. This way, 3.86 million of households gained ownership rights over 13.7 million hectares of farmland, which is about 3.55 hectares per household. At the same time, Romania’s agricultural policy began to move toward EU standards through diversifying agricultural production and establishing farm enterprises. Back then, 90% of farms operated up to five hectares (1.65 hectares on average) and controlled 35% of farmland countrywide while 9,600 enterprises with a size of over 100 hectares accounted for 37% of Romanian farmland.

2002-2006. With the intention to enter the European Union, Romania began implementing Special Accession Program for Agricultural and Rural Development (SAPARD) aiming to improve the conditions of doing agri-food business and adjust them to EU standards. The implementation of SAPARD helped Romania to improve access to foreign markets for its agricultural and fish added-value products, raise their competitiveness and develop infrastructure and off-farm activities in the rural areas.

2007-2013. In this period, Romania joined the EU and became part of the EU’s Common Agricultural Policy (CAP) that enabled access to EU funds in the form of both investments and subsidies. As a result, the country’s agricultural exports rose five times while agricultural imports doubled. Romanian farmland market started operating at full capacity driving the 200% growth of land prices. Also, the process of farmland reintegration started. In this context, several studies pointed out that the total area of abandoned farmland in Romania was 6.8 million hectares in 2008. In 2005-2013, the average farm size rose almost 25% (in terms of revenue) at the background of decline in the number of small farms. The Romanian National Institute of Statistics (INS) reports that 150,000 small farms disappeared in 2002-2010 while the number of large farms rose 3%. Back in 2013, over 50% of Romanian farmland was not registered in the national Land Registry, according to the estimations of the Romanian Ministry for Agriculture. The shadow land market complicated both lease and sale farmland operations in the country.

2014-2020 (the “new” EU CAP period). In 2014, Romania opened access to its land market for legal entities from other EU countries, which fostered further annual increase of land prices in Romania by 10-15%. In 2015, there were 84 functioning public support programs for the agricultural sector as compared to just 8 programs prior to this period. Most public support aimed at developing the value-added types of production such as horticulture, greenhouse and wine productions. In 2016, the reform that aimed to improve access to markets for family farms was implemented. Particularly,  production output standards for commercial farms were revised. The lower limit of standardized output was reduced from €8,000 to €4,000, thus leading to the rise of the number of commercial farms by 312,000 while the upper limit was increased from €25,000 to €100,000 fostering the development of farms with over 30 hectares under operation.

Recently, some sources have reported that, in an attempt to increase the efficiency of its agricultural sector and to keep up with the farm efficiency levels of the other EU countries, the Romanian government openly supports farmland consolidation by incentivizing smallholders to sell or lease their farmland. The official EU statistics reports that, in 2008-2016, the share of large farms with annual output of over EUR 50,000 rose from 2% to 12% while the volumes of public support allocated to these large farms more than doubled – from 18% to 38% in the structure of total agricultural subsidies in Romania. The development of large farms over the recent years, raises public concerns in Romania, especially in the context of hectare-based farm subsidies provided by CAP. Across the EU, 80% of such payments go to just 20% of farms. Foreign ownership of agricultural land is another sensitive issue in Romania despite the country’s 13 years of membership in the European Union and a liberal land market launched 6 years ago.

This article is based on Hajdu, A. (2018): Post-transition development of farm structure and implications for Romania. Paper presented at the IAMO Forum 2018 "Large-scale agriculture - for profit and society?", June 27-29, 2018, Halle (Saale), Germany.